Ocean Prognosis: What is Happening to our Coral Reefs? 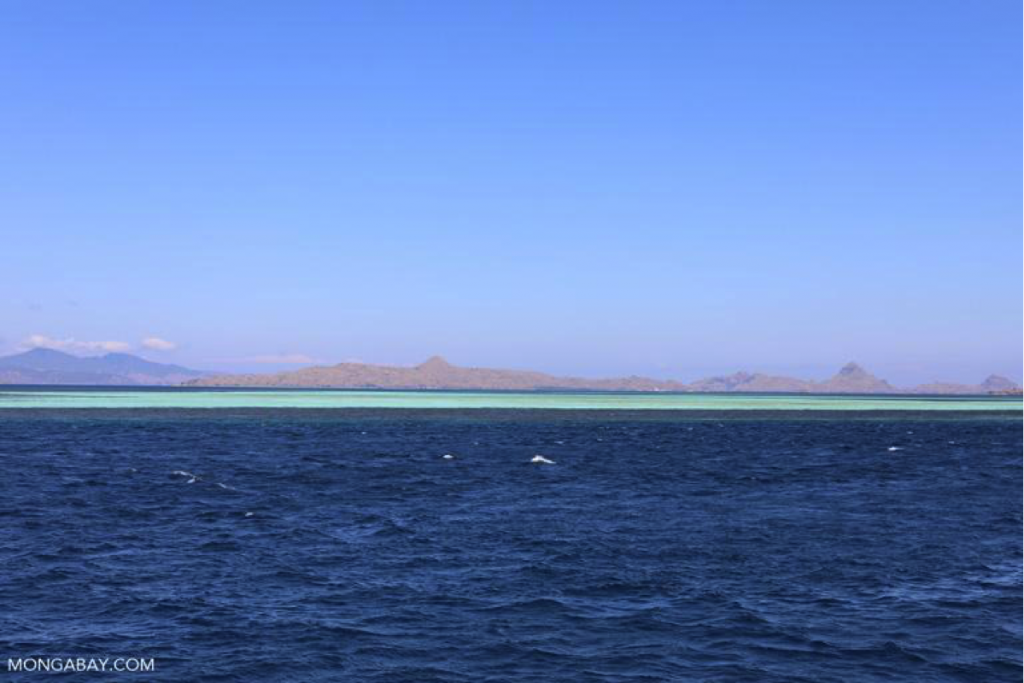 Ocean and coral reef around island.

What do you know about the oceans?

Oceans cover about 70% of our planet. We separate the oceans into five oceans, Pacific, Indian, Atlantic, Arctic and Southern (the water around the North and South Poles), but really it is all one huge ocean.

Roughly 80% of life on Earth depends on oceans and coasts.

Most of the oxygen we breathe (70%) comes from the marine plants, which live in oceans. Plankton, kelp and algae create oxygen through photosynthesis.
A third of humanity or two and a half billion people live in coastal areas or on islands.

Marine fisheries support the livelihoods of 10 to 12 percent of the world’s population and generate an average of $100 billion in revenue every year.

Oceans provide mankind with more than $21 trillion a year in food, energy, transportation and recreation. A coral reef in Fiji

Coral reefs, such as this one in Fiji’s Namena Marine Reserve, support about a quarter of all known marine species. Photo credit Coral Reef Alliance

What do you know about coral reefs?

Coral reefs are the rainforests of the ocean. Covering just a tiny fraction of the vast sea floor, they are among the most biodiverse ecosystems on the planet.

Coral reefs support 25% of ocean life. They provide food for humans, protect our shorelines, support fisheries and attract eco tourism to scuba diving and snorkeling. Coral reefs are worth over $30 billion per year.

“Coral reefs are essentially spawning and nursery grounds for thousands of marine animals, helping sustain many of the world’s fisheries, and are home to more than 4,000 species of fish.”

How do people change oceans and coral reefs?

Scientists got together and formed a group called International Program on the State of the Ocean (IPSO) to study the effects humans have on the ocean.

The scientists believe that there is time to turn things around if society recognizes the need to change.

Overfishing is exactly as it sounds. Too much fishing depletes fish stocks. Some fish species have fallen by 90%. Luckily many local fishers recognize this problem and change the way they fish to conserve the fish population in the area where they live. This video tells a story about fishers in Peru.
https://natureworkseverywhere.org/resources/fishing-for-a-future/
https://natureworkseverywhere.org/resources/pescar-para-un-futuro/

But unfortunately non-local and large-scale industrial fisheries simply move to other oceans to catch other fish species until those species are decimated too. Pollution: New research is showing human trash in marine ecosystems to be more widespread than expected. Tiny plastic particles are absorbing chemicals, such as flame retardants and synthetic perfumes, which are then eaten by marine life. Because all of the oceans are interconnected, these chemicals have been found as far away as the polar seas. Created by satellite, the red areas on this map show the location and size of many of our planet’s dead zones. Image courtesy of NASA How to keep original formatting?

Marine dead zones are also on the rise. In 2008 over 400 dead zones were identified globally, but recent research has found that such zones—where oxygen in the water has fallen to such low levels that most marine species can no longer survive—are doubling every decade. Dead zones are caused by agricultural runoff, especially nitrogen-rich fertilizers from farms. Climate change: Carbon dioxide (CO2), emitted by human activities such as deforestation, gasoline engines and oil or coal power plants, is entering the ocean at a rate not seen since the last marine mass extinction around 55 million years ago. CO2 enters the ocean and reacts with seawater. This is called acidification. The increased acid level of seawater makes it hard for coral reefs to live. When a coral reef dies the fish and plants that live there also die such as this clown fish.

With sea temperatures rising, and increasing CO2 levels causing acidification of oceanic waters, coral bleaching events are regularly leaving large sums of dead coral in their wake. Algae give coral its beautiful coloration and also provide food; when the algae are lost the coral turns a ghostly bleached white.
Good news for coral reefs:
Several reef sites have been found globally as potential coral refuge sites. These are ocean areas where the reef may be shaded from the rays of a hot sun by low clouds or the waters in those areas may not be warming. There are just a few of these sites around the world. Some are in the Pacific and some in the Indian Ocean. There are not enough of these sites to save corals for future generations. Mangroves along a coast in the Seychelles Photo credit: David Hall / seaphotos.com

Now scientists have discovered that corals could potentially survive global warming by being among the Earth’s first climate change refugees. They could flee warming oceans to find a new home in the shade beneath coastal mangroves, says a recent study published in the journal Biogeosciences.

Professor Kimberly Yates, of the U.S Geological Survey, and her team located the first non-reef coral refuge, and they found it in a surprising place. Mangrove swamps. Mangroves are trees or shrubs that grow along tropical coastal swamps.

The team undertook coral surveys between November 2010 and January 2011, in a bay of an island called Hurricane Hole. They found less bleaching among corals sheltered beneath mangroves. The mangroves seem to protect coral from ocean acidification. The scientists also learned that corals hang on to mangrove roots for support.

There are many threats to our oceans, reefs and fisheries. Scientists from around the world continue to study and work together to discover ways to preserve our huge oceans. They recommend setting aside large areas of the ocean to act as marine preserves. These are similar to our national parks.

What can you do? The United Nations established World Ocean Day and recommends taking the following steps:
Mind your carbon footprint and reduce energy consumption. Bike, walk or use public transportation whenever you can. Turn off the lights during the day. Wear a sweater or use a fan instead of resetting the thermostat.
Use fewer plastic products. Plastic waste forms giant floating islands in the middle of the ocean, releasing toxins and killing sea life, including turtles, birds, and fish, which confuse plastic with food. Instead of plastic use reusable shopping bags, water bottles and utensils.
Dispose of chemicals properly. Never pour chemicals, drugs, oil or paint into the drain or toilets. Check with your county’s household hazardous waste program to properly dispose of or recycle chemicals and keep them out of rivers and oceans.
Choose environmentally-friendly detergents and household cleaners – or make your own!
Buying local, organic food reduces your carbon footprint, supports the local economy and reduces the amount of pesticides and fertilizers that end up not just in your stomach, but as run-off in rivers and oceans, too.
Keep your beach visit clean. When visiting the beach, stay off fragile sand dunes, take your trash with you and leave plants, birds and wildlife for everyone to enjoy.
Educate yourself about oceans and marine life. Keep reading about the issues facing our very important oceans.

Adapted from the following articles